From the Confessions of Saint Augustine, bishop
Let us gain eternal wisdom

The day was now approaching when my mother Monica would depart from this life; you knew that day, Lord, though we did not. She and I happened to be standing by ourselves at a window that overlooked the garden in the courtyard of the house. At the time we were in Ostia on the Tiber. We had gone there after a long and wearisome journey to get away from the noisy crowd, and to rest and prepare for our sea voyage. I believe that you, Lord, caused all this to happen in your own mysterious ways. And so the two of us, all alone, were enjoying a very pleasant conversation, forgetting the past and pushing on to what is ahead. We were asking one another in the presence of the Truth–for you are the Truth–what it would be like to share the eternal life enjoyed by the saints, which eye has not seen, nor ear heard, which has not even entered into the heart of man. We desired with all our hearts to drink from the streams of your heavenly fountain, the fountain of life.

That was the substance of our talk, though not the exact words. But you know, O Lord, that in the course of our conversation that day, the world and its pleasures lost all their attraction for us. My mother said: “Son, as far as I am concerned, nothing in this life now gives me any pleasure. I do not know why I am still here, since I have no further hopes in this world. I did have one reason for wanting to live a little longer: to see you become a Catholic Christian before I died. God has lavished his gifts on me in that respect, for I know that you have even renounced earthly happiness to be his servant. So what am I doing here?”

I do not really remember how I answered her. Shortly, within five days or thereabouts, she fell sick with a fever. Then one day during the course of her illness she became unconscious and for a while she was unaware of her surroundings. My brother and I rushed to her side but she regained consciousness quickly. She looked at us as we stood there and asked in a puzzled voice: “Where was I?”

We were overwhelmed with grief, but she held her gaze steadily upon us and spoke further: “Here you shall bury your mother.” I remained silent as I held back my tears. However, my brother haltingly expressed his hope that she might not die in a strange country but in her own land, since her end would be happier there. When she heard this, her face was filled with anxiety, and she reproached him with a glance because he had entertained such earthly thoughts. Then she looked at me and spoke: “Look what he is saying.” Thereupon she said to both of us: “Bury my body wherever you will; let not care of it cause you any concern. One thing only I ask you, that you remember me at the altar of the Lord wherever you may be.” Once our mother had expressed this desire as best she could, she fell silent as the pain of her illness increased.
O God,
who console the sorrowful
and who mercifully accepted
the motherly tears of Saint Monica
for the conversion of her son Augustine,
grant us, through the intercession of them both,
that we may bitterly regret our sins and find the grace of your pardon.
Through our Lord Jesus Christ, your Son,
who lives and reigns with you in the unity of the Holy Spirit,
one God, for ever and ever.
– Amen.

Call to me, loudly command,
When you call me forth
From the grave of my sin,
I rejoice.

When, on the Last Day,
You call me forth from the tomb,
From my burial rest,
I shall jubilantly rejoice.

With the saints,
And angels to cheer me,
Invite and speak my name,
Command, “Come forth!”
Death shall cower and fall away,
And the perfume of sanctity
Attend me.

My cloud of witnesses
Testify to Your many mercies
Showered and shown me.

Then shall my heart sing
And the feet of my testimony dance
To the music of Your Kingdom
And the song of Mary,
Who sang lullabies in my rest
Upon Your breast.

Make of me an anointing oil
To be poured into the wounds
That bore my name.

Who am I,
How do You count me
In Your universe?
I am nothing,
A wisp,
Mere smoke
Clouding Your heavens,
And yet,
You mount Your Cross
For me.

For me,
The nails pierce Holy Flesh.
For me , You are lifted,
And the Cross
Crashed with Your pain
Into the ground
Over the bones
Of my First Parents,
A skull fittingly,
A remembrance of their Fall,
And our perduring Fault.

My tears flow with Mary’s.
My hair hides me
From hungry eyes,
That I may be for You,
Here in this place and time.

You thirst for me.
Now may I satisfy You,
By willing our union,
And embracing
My death in Yours.

Oil and comfort,
Comfort only
The dead can know,
To be shrouded away
Until the Day.

This is the 29th week over at the  Poetry Picnic .  Drop in for a feast. 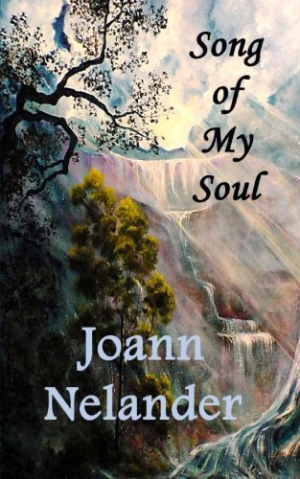 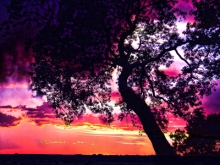